Mombasa is the second largest city in Kenya. The city is a gateway to Kenya’s coast and is situated on a coralline island bordering the Indian Ocean. From the 8th century to the 16th century, the city was the center of Arabic trade for ivory and slaves. Due to its legacy as the largest port in East Africa, Mombasa is a cultural melting pot. British, Arabic, Indian, and Chinese immigrants have enriched the city's architecture and cuisine. Today Mombasa is a bustling city with a major port, an international airport, and is an economic hub in the region. The main attractions are the pleasant atmosphere, excellent hotels, white sandy beaches, and unique marine wildlife. Mombasa offers a wide range of attractions on its travel itinerary that are well spread across the city. The coastline south of Mombasa is a world of natural beauty. Turquoise seas lap at sun-kissed beaches, where tourists sprawl under rustling palms. Rainforests consisting of lots of wildlife, birds frequent this idyllic stretch of the coastline, and coral reefs protect the swimming areas from larger waves. Explore Shelly Beach, Tiwi Beach and Diani Beach, the Jewels of Mombasa. Kenya is endowed with rich historical sites that are now top tourist destinations.

Mainly Swahili and English are used for communication. Apart from these, tribal languages are widely spoken. 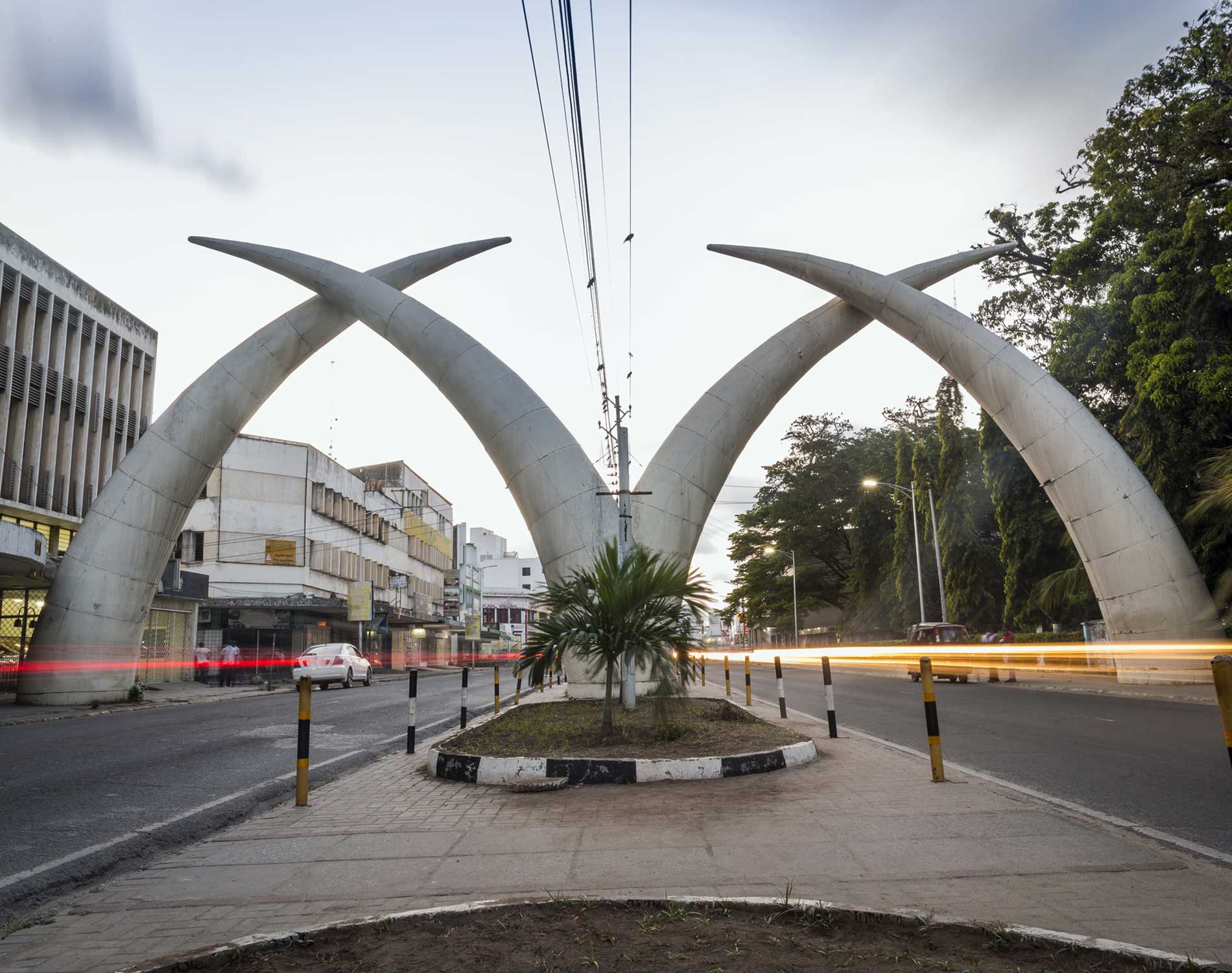 January, February, July, August, September, October are the most pleasant months to visit. The water temperature is quite comfortable during these months. One can enjoy many outdoor activities in sunny weather during this time.

November, December, and March are hot months and one can obtain better offers on transportation and hotels compared to the peak tourist season.

April, May, and June are months of heavy rainfall that could ruin tourist plans and hence are worst the months to visit.

By Airways-Kenya Airways [8] offers the most as far as options for traveling to/from Mombasa.By trainThe city is also accessible by train from Nairobi, with two departures daily in each direction. The new connection is much faster (about 6h), but the railway station in Mombasa is still about 15 km outside MombasaBy Bus:-Buses in Mombasa, though not a major mode of transportation within the city yet,, are mostly used for traveling outside the city. The major provider of transportation in Mombasa is Matatu - mostly of fourteen-seater minibuses. Matatu is quite popular with the residents. Generally, people prefer to travel by the local bus-taxis (Matatus) but they are mini-buses that are usually full of people to maximum capacity and not so comfortable.By Rickshaw:Traveling using auto rickshaw's are three-wheeled private taxis can also be a good option. They cost about the same as Matatus. Another option from moving from one part to the city to another quickly is with 'Bodo' bikes". Ideally, use them for distances below 20km as they can be noisy. On the plus side, they are quite airy and allow you to take in the scenery as you go by.

First class costs about 3.000 KSH, second class 700 KSH, which is cheaper than the buses. You should book as early as possible (up to 14 days in advance).

The Hakuna Mutatu bus operates on the Kenya Coast. A ride to Mombasa From Diani or Kilifi costs roughly KSH 1000 and takes 1hr 30mins.

Matatus (Minibus) charge KSH 30 to KSH 50 for short trips. The three seaters tuk-tuks charge between KSH 50 to KSH 200 depending on the distance.

Taxis don't have taxi signs on the roof, but license papers stuck to the windshields. The ride is, in general, paid beforehand after some negotiation. You can expect the driver to stop at a service station to fill up just the necessary amount to get you to your destination. A ride from the airport to central Mombasa will cost you approximately Ksh 1000-3000.  A much cheaper alternative to regular taxis are Uber, Taxify, Little, Mondo Ride, and Mara Moja, to name a few. You can get fares online to prevent getting overcharged, as many taxi drivers like to do to tourists.

Nightclubs are the life of the night life experience. Visitors flock to Mombasa year-round due to its beautiful location and climate. The night life of any city reflects and reveals the culture & nature of the people. A large mix of establishments for family, friends or solo speakers about the vibrant night life and unlimited spirit of the people there, Mombasa has a place for everyone. While lovely beach hotels are lined up mostly at Mombasa North coast, discos, casinos, clubs, and bars are parked at the outlying areas of the city. Night life in Mombasa is about the bars and pubs located around the beaches. Many clubs have got excellent open-air bars and sitting areas. Amicable people from all around, stress busting drinks, and dancing like there's no tomorrow is the epitome of African night life. Moonshine Beach bar is the place to be in for unparalleled live band performances & outstanding music. Explore the dazzling 'z' lounge for a great open-air bar and lovely rooftop to catch the stunning glimpse of the coastal sunset in Mombasa. Head to the pirates beach bar: the most sought after spot for those seeking out wild Kenyan parties consisting of discotheque, restaurants, and bars.Dance to American and African tunes played by the local DJs to make new memories with Kenyan night life. Mombasa’s night life is like no other, and one always has the option to make the most of the night.