Nicknamed, 'Detroit of India', home to the famous Tamil film industry, one of the most visited Indian cities, Chennai is the fourth largest city in India. This city is all about beaches, diverse population, rich culture, and deeply rooted traditions, and is also called the Gateway to the South. The city still has glimpses of the impressive monuments built during the British rule, when it was known as Madras. A well-connected city bus service system and tram routes reflect a well-planned infrastructure. The mouthwatering and nourishing South Indian cuisine has impressively captured the global palate too. Impeccably carved and painted with figurines of Gods and Goddesses, the magnificent temples enthrall the devotees. Adorned with 17th-century spectacular Anglican churches, the city is the largest economic, social and cultural center of south India. Bragging the title of health capital of India, Chennai has been ranked as the safest city in the country. The city exquisitely blends modern infrastructure with traditional values and is listed in the UNESCO Creative Cities Network for its rich traditional music contributions. Evolving as one of the first few smart cities of India, Chennai promises the world-class, consistent quality of living with culture and language that Tamilians take pride in.

Tamil is the main language. Telugu, Kannada, Malayalam and Hindi are some of the other widely spoken Indian languages. English is also used for business purposes. 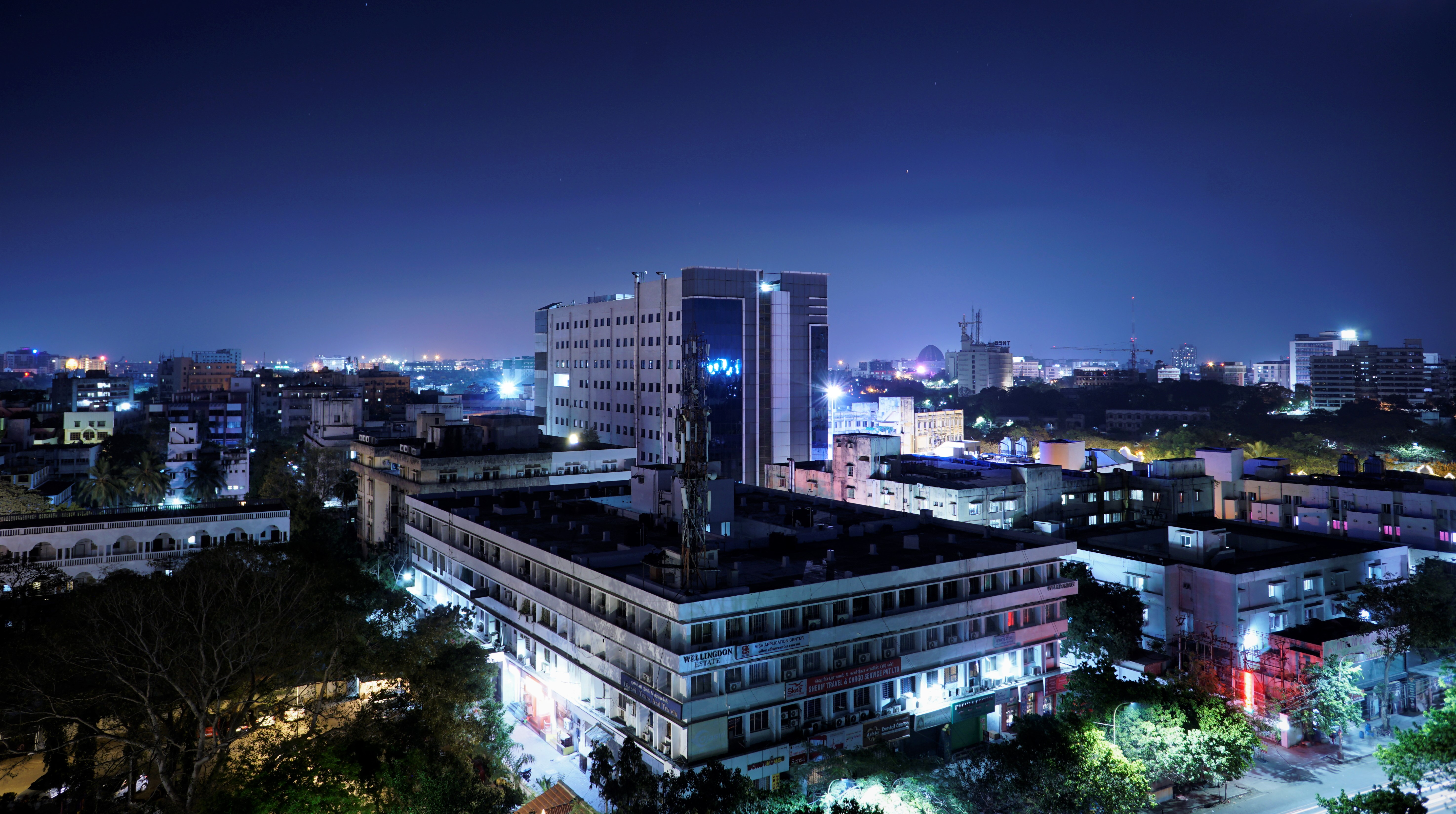 November, December, January and February.These months is the winter season in Chennai, the temperature is between 20 and 25 Degree Celsius. During daytime also there are cool breezes from the sea which provide relief from the otherwise hot weather.

June, July, August, September and October.Monsoon season starts from late June and ends in the month of October.The temperature varies between 24ºC and 30ºC and the weather remains pleasant with moderate rainfall.

March, April, May and June.March to June are the hottest months in Chennai. The maximum temperature during these months vary between 38-42 °C, making Chennai very hot.

Chennai promises super vibrant and high energetic electrifying evenings. Post-sundown activities include a lot of fun and frolic to compensate for the daily, hectic lifestyle of its population. It has lots to offer other than pubs and night clubs. There are opportunities to enjoy dance, Carnatic music, and Bharatanatyam or enjoy movies at night screening. Gaze at the stars with binoculars from the beaches that are quiet and beautiful at night, to feel in unison with the universe. Take a long relaxing drive to watch the sunrise from the East Coast road. There is more to after-dark fun here like Storytrails, Evening City Treks, run by a small team of history and heritage buffs. Sports lovers enjoy their evening rendezvous with a round of ‘night sports’ at Netz Cricket or night bicycle rides conducted by activity operators. Being a part of turtle walks across coastal Chennai under the cover of the night when the turtles usually hatch is also a very unique night activity. Busy streets of Chennai take a break as the youth set out to party once the night begins. Pub hopping, disco, late night snacks are best enjoyed on rooftops, beaches or parks, Chennai offers plenty of choices to hang out and craft memories that are happy and wholesome.