Mexico City is a densely populated, bustling, clean city consisting of large communities of immigrants, and the hub for art, fashion, food, architecture, and business. It is the second largest city in the world with an enormous number of museums, after London. The majority of people speak Spanish, the official language. With a church in every neighborhood, the inhabitants consider religion a vital part of their cultural background. Mexico City holds an elite position in terms of the cultural and financial status of America and is the most populated city in North America. The huge population is indeed a blessing to this city as it has created cultural diversity and varied ethnicity especially contributed by immigrants. Although you will find varied cultural aspects in certain areas, much of the core of the city relies on traditional Mexican culture, with most of its reflections in food and handicrafts. The city is also the center of world-class music and houses a number of famous musicians who are mostly Spanish. Mexico City is known for its liberal and progressive policies on civil rights and the standard of living. 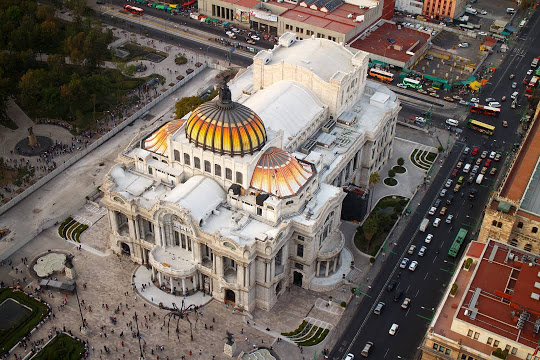 March, April, May, October, November, December - The best time to visit Mexico City is between March and May. Since its location is on a high plateau, Mexico City enjoys mild, pleasant weather throughout the year.

January, February - These two months are considered as the driest months. January is also the coolest month. You may get a good hotel deal during this period.

June, July, August, September - June to September is considered as the rainy season in Mexico. The roads remain wet and slippery. It becomes difficult to roam around the city.

The Metro has 12 lines running north to south with a daily ridership of 5 million passengers. It operates from 5:00 a.m. to 12:00 a.m. on weekdays.The Metrobús has six-lines with a daily ridership of million passengers. Operating hours: Each line is different, so check the timetable The Trolebús has eight-lines connects many metro stations and some lines run beyond midnight. Operating hours: line to line variation, advised to check the timetables. The Tren Ligero connects the end of the metro line with the famous Xochimilco zone of the capital city. The only line which starts at Tasqueña and runs right to Xochimilco passes by the Estadio Azteca. The Peseros are minibusses that run along major arteries. Cards in the windshield display the routes. RTP buses are private and government subsidized transport but are more infrequent then Peseros.Taxis: "Turismo" taxis and Sitio Taxis or metered taxis are the safest way to travel within Mexico City during the night. Turismo taxis are unmarked cabs assigned to specific hotels. They are more expensive than metered taxis.

Trolebús:  Between MXN $2 and MXN $5 (depending on the line)

Tren Ligero:  MXN $3, which must be paid for with the top up railcard.

Peseros: anywhere up to a maximum of MXN $10

"Turismo" taxi drivers negotiate rates with individual passengers for sightseeing and generally charge around  MXN $250 per hour for guided tours. But the rates to and from the airport are established.

Mexico City's nightlife is as varied as everything else the city offers during the day. It varies from bars, pubs, night clubs, and live music shows. The most prominent nightspots are Mama Rumba where you can do salsa dancing; Patrick Miller club where you can dance without inhibitions irrespective of your age. For live music shows, you can visit Bar El Jorongo known as "House of Mariachi" or Plaza Garibaldi where many local bands play music till dawn. If you want to taste the local tequila and mezcal selections, then you can head to Museo de Tequila y Mezcal for guided tours during weekend nights when the museum is open until 2:30 a.m. One more unique experience the city offers is the light and sound show at the ancient pyramids of Teotihuacan which is recognized as a UNESCO world heritage site to learn the story of this fascinating city through live narration. While enjoying the nightlife in Mexico City, be cautious of pickpocketers and guard your belongings, avoid venturing into unsafe areas.