he bustling city of Rio de Janeiro has been one of Brazil’s most popular and frequented tourist destinations for decades. Its vibrant city center is bursting with culture and pulsating with a deep sense of history and heritage. Rio, as it is commonly known, is the second largest city in Brazil and the third largest metropolis in the whole of South America. It is the most visited city in the Southern Hemisphere, which is no mean feat. This makes for an impressive, memorable attraction for visitors from all over the world. Rio de Janeiro is hot for most of the year, and rain is frequent during the period between December and March. The coastal areas are cooler than those situated inland due to the cool breeze blowing off the blue waters of the Atlantic Ocean. The average annual temperature is between 21 and 27 degrees Celsius. The landscape and vegetation in and around this metropolis are magnificent, providing a visual feast that has inspired authors and screenwriters the world over. Because of its many cultural and historical attractions, Rio has implemented a fabulous infrastructure to cater to the needs of its visitors. This includes world-class accommodation and plenty of tours. Rio de Janeiro was one of the Host Cities™ for the 2014 FIFA World Cup™, welcoming millions of people as they make their way to this international sporting event. In addition, it did host the 2016 Summer Olympics™, inviting sportsmen and –women, as well as their millions of fans, to focus their attention on this bustling destination. Major efforts have been made to minimize social inequality and modernize the economy of Rio de Janeiro to further improve its global standing.

Although Portuguese is hard to learn, you should try to pick up at least some expressions and learn to pronounce certain words along with street names. 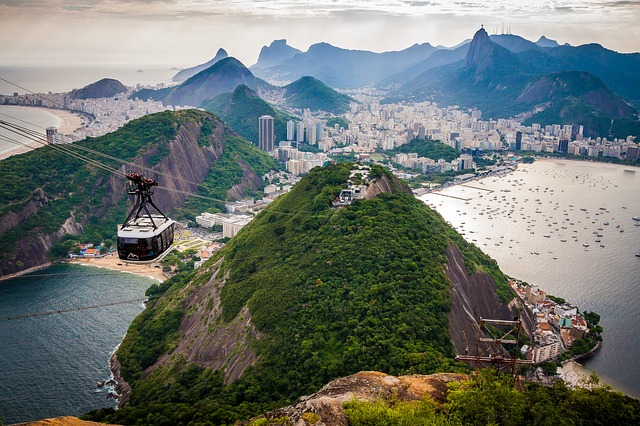 The best time to visit Rio De Janeiro is the months between October and January when the weather is warm and sunny which is perfect to hit the beaches.

Worst months can be from February to May which are the hottest months of the year and also the Carnival Festival months but tourist attractions will be much more crowded and hotels will charge at least twice their usual rates with just four days of a stay.

Do carry some change when taking buses on your own, getting a change will be a bit difficult.
Do watch the locals play football on Copacabana.
Do hike up to one of the highest points in Rio to take in the amazing views of the peaks through the clouds and the views down below.
Do feel comfortable and laid-back while downing some acai and other local fruit at open-air cafes.
Do see a game at Maracanã Stadium. Being with 70,000 of your closest football friends will leave you with goosebumps and lots of Brazilian pride.
Do learn Portuguese phrases that will help you along the way like “Hi” and “Thank you” and “How much does this cost” and “Go USA!”
Donts:

Don’t Visit Sugarloaf or Christ the Redeemer on a Cloudy Day.
Don’t Think Rio is Just Beaches there is much more to see except the beaches.
Don’t Sit on a Beach Towel; Sit on a Conga.
Don’t Go to the Beach at Night as it can be dangerous.
Don’t Wear a Lot of Jewelry as you may get robbed.
Don’t Flash Your iPhones at the Beach or on the Bus it is not safe.
Don’t Go Topless At the Beach.
Don’t Visit the Favelas however it is popular but it is not a tourist attraction.
Don’t Listen to the Media Hysteria About Rio Dangers.

Brazil's party city Rio de Janeiro offers a vibrant nightlife with a great array of nightclubs where you can enjoy endless partying and dancing until the dawn. Fosfobox is a place which is full of rock & roll, pop & hip hop music, with a theater & other forms of art. This is an underground nightclub where Electronic music is very well represented. Comuna is another night spot in the Rio offering great parties, DJ's expositions, and people getting together for having some Beer. This place also serves the best burger in the town. If you are a party animal then Themed Parties( Palaphita Gavea) is the best place for you to visit. It is a party-place-bar restaurant which mainly attracts the young crowd at night. Offers you with best DJ's and trendiest parties in the city with also some decent food.

The incredible surfing waves off Prainha. Whether you conquer them yourself or just watch the water-bound athletes skimming effortlessly over and under them, these waves are impressive.
Tijuca’s lush, dense rainforests, which boast a number of hiking trails for those wanting to experience the fauna and flora first hand.
Laze on the shores of Ipanema Beach or one of the many other beaches for which this city is renowned.
Marvel at the sheer scale of the statue of Christ the Redeemer as it overlooks the city far below.
Take the cable car up Sugarloaf Mountain for spectacular views.
Stroll down the famous Avenue Nossa Senhora de Copacabana.
Take an official walking tour of Rio, learning fascinating facts about its historical and modern-day heritage.
Wander amongst the more than 5 000 species of plants and trees at the Jardim Botânico (Botanical Garden). The palm species alone exceed 900.
Sports enthusiasts simply must experience the Maracanã stadium, which seats 100 000 spectators and has been the venue of many a heart-stopping match between international football greats.

Foodie tour of Rio De Janeiro is an interesting activity to do when you are at this place. it provides you Tasty food and drinks from across Brazil, you can also Explore the backstreets and locals' secret spots and See the Selarón Steps and the Lapa Arches and also you can Visit a bustling street market and can even taste Brazilian beers and cocktails.
Easy rainforest hike in Rio's Tijuca National Park provides you with the Park’s highest waterfall: the Taunay Waterfall and can admire the impressive views over Rio from the Chinese View monument. you can hike through the lush tropical rainforest to the Cascatinha Summit and Enjoy a refreshing post-hike swim in the river.
Go for a Rio's one day tour where you can Christ the Redeemer and Sugar Loaf, Explore the Selaron Stairs, Visit the Fantastic Sao Benedict Monastery, Discover the main attractions of Tijuca Forest, have lunch in Santa Teresa, Walking Tour around Rio City Center